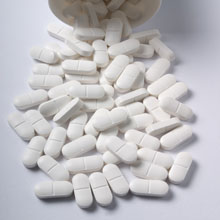 The following information is provided by CNY Fertility Centers in Syracuse, New York, Albany New York and Rochester New York. Low cost IVF and other infertility treatment is available along with an extensive range of holistic methods.

After ovulation, progesterone is produced by the corpus luteum, which comes from the follicle. This steroid hormone induces the lining of the uterus to support implantation and growth of the embryo.  For up to 8 weeks after the missed period, or 8 weeks gestation as physicians refer to it, the secretions of the corpus luteum are necessary. During the next week, the placenta produces enough progesterone to support the further development of the pregnancy. This is known from experiments 30 years ago involving removal of the corpus luteum during pregnancy.

Measuring progesterone levels in a menstrual cycle or in pregnancy are not very useful because of wide variations in output. A syndrome known as luteal phase defect is thus very difficult to diagnose.  Progesterone levels in pregnancy below 10 ng/ml are commonly associated with a poorly implanting pregnancy. These may indicate an impending miscarriage or tubal pregnancy.
In IVF, the follicles are aspirated with a needle, removing many of the cells which might be there otherwise to form the corpus luteum. Thus, since the early days of IVF, progesterone supplementation has been used to make up for the deficit created by removal of these cells.

The problem of questionable progesterone availability was further aggravated by the use of the gonadotropin-releasing hormone analogs. These drugs, Lupron, Antagon and Ganerelix, suppress the pituitary’s production of LH, cutting stimulation of the corpus luteum and thus cutting progesterone production. It is clear that progesterone supplementation is needed after these drugs are used, as they are in virtually all IVF protocols today.

Progesterone can be used after IVF treatment by either injection or vaginally. There has been a long and deep controversy regarding the use of the vaginal approach. Two key US studies showed that it did not work as well as injection and the painful progesterone shots became the norm in the US for the past 10 years. Further study however has now shown that clinical pregnancy rates after IVF are the same no matter which route is used.

It is also clear that supplementation is needed up to 7 weeks gestation and almost certainly not needed beyond 9 weeks gestation. The exact point is not known.

Vaginal options include gels and tablets approved for usage in infertility and IVF. These include Crinone which can be used once a day. It has been extensively studied and shown to be as effective as the progesterone shot. Others are Endometrin tablets and Prometrium tablets.

Although there has been some concern on this point, it appears that there is no evidence that the use of progesterone poses risks to the fetus.

Reference
Practice Committee ASRM SRE.  Progesterone supplementation during the luteal phase and in early pregnancy in the treatment of infertility Fertil Steril 2008