Coenzyme Q10 (CoQ10) is a biomolecule that exists naturally in the human body and is present in every cell.  CoQ10 acts as a potent antioxidant and functions critically in cellular energy generation. It is used widely as a dietary supplement to support various aspects of health and wellness including sperm and egg quality and overall fertility in men and women.

CoQ10 exists in a dance between its two common states, ubiquinol (the active form) and ubiquinone.  As the body ages, CoQ10 levels diminish and our ability to convert CoQ10 into its active form also deteriorates.

Sperm and egg development and maturation require a great deal of energy and are subject to oxidative stress.  A considerable amount of research has been dedicated to investigating how supplementing CoQ10 can potentially help increase male and female fertility and improve the odds of getting pregnant.

This article will discuss what CoQ10 is, how it might help fertility, review various studies on CoQ10 and fertility, and discuss the best CoQ10 supplements for fertility.

Fast Facts About CoQ10 and Fertility

Coezyme Q10 helps to improve fertility and the functioning of our cells in two main ways.  (1) CoQ10 is a vital part of the electron transport chain, which is responsible for generating energy in our cells.  When CoQ10 levels are higher, the electron transport chain works more quickly and efficiently to produce energy.  When more energy is produced, cells function at a higher level, positively impacting processes like sperm and egg development.

(2) CoQ10 functions as a strong antioxidant.  CoQ10 works to protect our cells and decrease the damaging effects of free radicals on our reproductive system.

CoQ10’s antioxidant properties and its contribution to cell energy production can help to improve the quality of sperm and egg cells.

It is no secret that fertility declines as we age, and for women, that decline is much more rapid and drastic.  When we say women’s fertility declines as they age, what we are specifically referring to is the number of eggs they have available (ovarian reserve) and the quality of their eggs.

As previously mentioned, Coenzyme Q10 levels also decrease as we age.  A 2015 study showed that suboptimal levels of CoQ10 can lead to oocyte deficits and age-associated causes of infertility.   The good news is that the same study produced results indicating that supplementing CoQ10 can help to reverse the age-related decline in oocyte quantity and quality.  In simpler terms, CoQ10 can help to combat age-related causes of infertility.

Coenzyme Q10  doesn’t only help to combat age-related causes of infertility.  It has also been observed to improve fertility outcomes for younger women undergoing fertility treatment, especially those with poor ovarian response.  In a 2018 study, researchers measured the effects of CoQ10 pre-treatment on women with poor ovarian response who were scheduled to undergo IVF treatment.  Women pre-treated with CoQ10 had less gonadotropin requirements, an increased number of retrieved oocytes, a higher fertilization rate, and produced more high-quality embryos compared to the non-treatment group.  The clinical pregnancy and live birth rates per embryo transfer were also higher for the CoQ10 treatment group.  Researchers concluded that CoQ10 improves ovarian response to stimulation and embryological parameters in young women with poor ovarian reserve.

The simplest way to assess male fertility is through a semen analysis.  A semen analysis measures several sperm parameters, including; sperm count, quality, density, motility, and more.  If you have undergone a semen analysis and received suboptimal results, you will want to pay special attention to this section.

In a recent study, researchers measured the effect of Coenzyme Q10 supplementation on the semen characteristics of men with idiopathic oligoasthenoteratozoospermia (OAT).  OAT is a condition that includes a low number of sperm, poor sperm movement, and abnormal sperm shape.  OAT is the most common cause of male subfertility.  CoQ10 treatment resulted in a significant improvement in sperm concentration from baseline, progressive motility, and total motility.  Researchers concluded that CoQ10 supplementation can help to improve several semen parameters, especially sperm concentration and motility.

CoQ10 has also been documented to help men with unexplained infertility.  In one study, researchers measured the effects of CoQ10 treatment on several semen parameters and the seminal plasma antioxidant capacity in infertile men.  During the study, men treated with ubiquinol saw significant improvements in sperm density, sperm motility, and sperm morphology compared to the control group.  Total antioxidant capacity was also increased significantly.

The concentration of CoQ10 in the blood has been shown to correlate with key semen parameters such as sperm concentration, motility, and morphology.  Researchers believe this is because CoQ10 supplementation improves total antioxidant capacity.references link=”https://www.ncbi.nlm.nih.gov/pmc/articles/PMC5203687/” text=”Antioxidant supplements and semen parameters: An evidence based review”/]

Most people consume between 3mg and 6mg of Coenzyme Q10 daily through their diet alone, mainly by eating meat products.  For optimal results, fertility specialists recommend taking anywhere between 100mg and 300mg of CoQ10 daily.  CoQ10 is considered a well-tolerated and safe supplement, so there is less concern for taking too much, as there may be other nutrients.

As with all nutrients or supplements, be sure to consult with your doctor, especially if you are taking medications, have health concerns, or are already pregnant.

CoQ10 vs. Ubiquinol for Fertility

CoQ 10 is found in many different male and female fertility supplements.  On supplement ingredient lists, CoQ10 is commonly found by the names ubiquinone and ubiquinol.  Although the terms are sometimes used interchangeably, they are actually different forms of CoQ10.

In the body, CoQ10 exists either in its oxidized form, ubiquinone, or in its reduced form, ubiquinol. When oxidized CoQ10 (ubiquinone) is used by the body, it transforms and becomes ubiquinol.  This process is very easily done when we are young but becomes more difficult as we age.  The conversion process of ubiquinone to ubiquinol is complex and involves as many as five different enzymes.

Recently, supplement brands have claimed that ubiquinol is a superior form of infertility supplement when compared to ubiquinone.  They claim ubiquinol has a higher absorbability and greater bio-availability. Some supplement brands will go as far as claiming that ubiquinol is eight times more absorbable than ubiquinone.  Conclusive research does not exist supporting the efficacy of one form of CoQ10 over the other. Both ubiquinone and ubiquinol are fat-soluble and not very absorbable on their own. We know that by taking ubiquinol, our body can skip the extra step of converting CoQ10 (ubiquinone) into ubiquinol.

The Best CoQ10 Brand for Fertility

When choosing fertility supplements, you generally want to look for products that contain the most absorbable and bioavailable forms of each nutrient as well as products that combine key nutrients to provide a greater effect than any stand-alone nutrients.  At CNY Fertility, we developed our own line of supplements called Molecular Fertility.  Molecular Fertility supplements were created by our team of reproductive endocrinologists and contain science-backed ingredients in their most absorbable forms.

If you’re looking for a stand-alone CoQ10 supplement for fertility then you should consider Molecular Fertility’s CoQ10 Ubiquinone or Ubiquinol, both of which use utilize a technologically advanced VESIsorb® delivery system which significantly increases CoQ10 absorbability and bioavailability.

One study showed VESIsorb® delivery system improves peak blood levels of CoQ10 by 696% and the relative bioavailability by 485%.   By increasing the absorption and bioavailability of ubiquinol, these supplements produce faster and better results.

If you’re looking for a supplement that contains CoQ10 and other nutrients that work synergistically for optimal egg health, then take a look at the Ovarian Bloom. The Ovarian Bloom contains 100 mg of VESIsorb CoQ10 (which as described above provides an absorbable dose equivalent to 600 mg) along with PQQ (another nutrient that supports mitochondrial health and energy production), inositol, Vitamin D, ALA, and more.

Molecular Fertility’s Male Preconception+ is designed to provide men with all the essential nutrients they need to maximize their reproductive and overall fitness.  Most men can take Male Preconception+, but it is specifically designed for those trying to conceive naturally or with the use of assisted reproductive technologies.  It contains a hefty dose of CoQ10 along with ashwagandha, Shilajit, Selenium, Lycopene, Carnitine, Zinc, and so much more.

CoQ10 is likely the most famous fertility enhancing nutrient, and for good reason.  Many studies have demonstrated that CoQ10 can help to support or improve both male and female fertility. 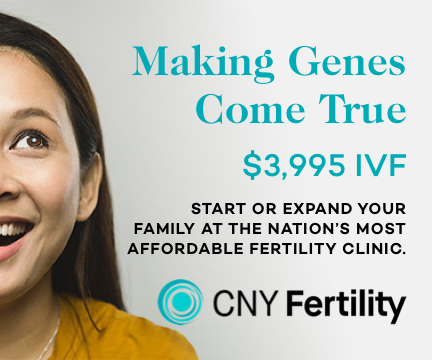 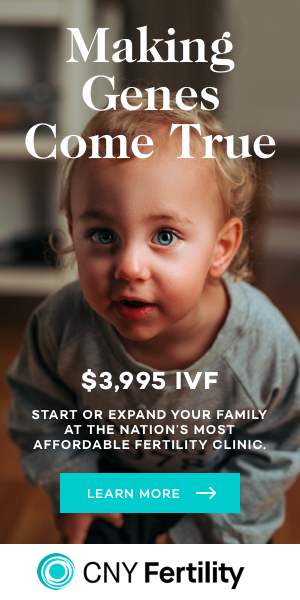 Other Articles on Supplements