Twins are on the Rise! 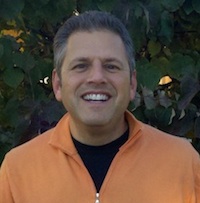 This month Conceive magazine shared the article below by our very own Dr. Robert Greene.
Are you seeing double?
If you haven’t had twins, chances are someone you know has. According to a recent report from the Centers for Disease Control and Prevention (CDC), one of every 30 babies born in 2009 was a twin. That’s nearly twice the rate of twins that was reported in 1980. The biggest reason for this growth in twin rates is that more women are having children later in life. Whether through fertility treatment or naturally, the incidence of twins rose by 100 percent for women 35 to 39 years of age and by more than 200 percent when women over 40 conceived.
Even when conception occurs naturally, women are more likely to have twins in their later reproductive years. That’s because as a woman ages the hormones produced by her brain to signal her ovaries to produce eggs begin to shift into a higher gear. As a result, a woman of 40 is at least twice as likely to conceive twins—if she is still fertile—as she would have been at age 20. The recent CDC report suggests that at least one-third of the rise in twin rates may be related to the rise in the average age at which women are having children.
But there are other factors at work as well. The increase rate of twins may be one of the best examples of how food choices can affect you hormonally. In 2006, a study demonstrated that women who ate two or more servings of non-organic dairy per day were five times more likely to have twins as women who ate no dairy at all. Other studies have shown that the growth hormones given to dairy cows can stimulate a woman’s ovaries to release more eggs at the time of ovulation. In fact, Britain banned the use of these growth hormones in their dairy farms. British women are about half as likely to have twins as women in the U.S.
These dietary influences aside, fertility treatment is the most easily documented factor in the rising rate of twins. More than half of the twins conceived today are through fertility treatment. A common strategy used to help women become pregnant is to increase the number of eggs that they release; with this treatment comes the risk of a multiple pregnancy. The use of medications to promote ovulation is not easily monitored and is often prescribed by non-specialists, such as gynecologists rather than reproductive endocrinologists (REs), which specialize in the treatment of infertility. Nonetheless, these basic fertility therapies are responsible for nearly half of the twin pregnancies attributed to medical intervention; the remainder of the twins produced through fertility treatment is the result of IVF (in vitro fertilization) pregnancies.
In the process of IVF, eggs are fertilized and allowed to go through their initial stages of development in the laboratory. That allows REs to select the embryos that are most likely to implant and become a healthy baby. Since the process can be expensive, there is a tendency to put back more than one embryo at a time. In fact, a recent experiment even suggested that when two embryos are transferred together they may interact in a way that improves the chance that they will both thrive. That can not only improve pregnancy rates, but it also increases the risk of having twins.
As a fertility specialist, I know that many of my patients actually want twins. They are eager to complete their family and they view twins as a way of achieving their goal instead of having one child at a time. In other words, patient preference has also contributed to the increase in twins. That said, the recent CDC report did find that the rise in twin pregnancies due to fertility treatment has leveled off considerably since 2005.
If you wish to minimize your risk of having twins, here’s what you can do:

Have you had twins? Were you counseled on steps you could take to reduce your risk or was this your goal?
__