Letrozole, also known by its brand name Femara, is an oral medication used to stimulate egg development and ovulation in female patients undergoing fertility treatment.  It has been prescribed by fertility doctors since the early 2000s.  Many clinics now prescribe Letrozole in place of Clomiphene Citrate (Clomid), which has been the standard first-line fertility drug for over 50 years.

Reproductive endocrinologists and fertility specialists have started prescribing Letrozole for fertility in place of Clomid because it has fewer side effects, a lower risk of multiple pregnancies and recent research suggests it may result in higher ovulation and pregnancy rates.  Letrozole can also be used to improve fertility and induce ovulation for patients who don’t respond to Clomid and are considered “Clomid resistant.”

In this article, we will cover the basics of what Letrozole is, how it improves fertility, who should take it, how it’s used in conjunction with treatments and different protocols.

What is Letrozole (Femara)

Letrozole is an aromatase inhibitor (lowers estrogen production) that can be used to induce ovulation in patients with irregular ovulation patterns or those who suffer from anovulation. It can also help to increase egg production in women who ovulate normally but have unexplained infertility. When taking Letrozole, some women produce and release multiple eggs.

The impact of Letrozole on fertility has been widely studied.  Recently, researchers have focused on letrozole’s ability to treat infertility in PCOS patients.

How does Letrozole Help Improve Fertility?

Letrozole helps to improve fertility in two main ways, (1) inducing ovulation and (2) increasing the number of eggs released each cycle.

Letrozole to Induce and Increase Ovulation

Letrozole encourages the ovaries to ovulate by producing more natural stimulation.  Letrozole improves ovulation by blocking estrogen production, which causes the body to release higher than normal levels of follicle-stimulating hormone (FSH).  The additional levels of FSH stimulate ovarian follicle(s) to develop and mature in the ovary.  For women who don’t ovulate regularly or who have Polycystic Ovarian Syndrome (PCOS), the increased amounts of FSH can help to produce mature follicle(s) and egg(s), so ovulation can occur.

For women without ovulatory issues, Letrozole can cause them to develop multiple mature follicles, which release more than one eggs for ovulation.

Letrozole can increase the number of eggs released each cycle by increasing the number of follicles that develop.  In a normal ovulatory cycle, one follicle develops, and one egg is released.  In a Letrozole medicated cycle, the amount of FSH a woman produces increases which may cause multiple follicles to develop and multiple eggs to be released, especially for women who ovulate regularly.  The release of multiple eggs gives a better chance for fertilization to occur.  Medicated cycles that result in the development of multiple follicles and eggs are referred to as controlled ovarian stimulation cycles.

Mechanism of Function for Fertility

Who Should Take Letrozole

If you experience any of the following, you may be a candidate for Letrozole:

Clomid has historically been used as the first-line fertility treatment for PCOS patients with ovulatory issues.  However, recent research suggests that Letrozole may produce similar, if not better, results for inducing ovulation and producing live births for PCOS patients.

The National Institute of Health published a study in 2014 that measured the effectiveness of both Letrozole and Clomid to treat infertility for PCOS patients.  During the study, 374 women received Letrozole treatment, and 376 women received Clomiphene treatment for five days starting on day three of their cycle for up to 5 cycles.  Of the 374 women treated with Letrozole, 103 (27.5%) had a live birth.  Of the 376 women treated with Clomiphene, only 72 (19.1%) of the women had a live birth .

Although Letrozole can cause women to produce multiple eggs, the result is not as common in women with PCOS or other ovulatory disorders.  For patients with PCOS, Letrozole can provide a slightly different benefit, mono-ovulation.  Patients with PCOS are commonly hyper-responsive to gonadotropin drugs. Ovarian hyperstimulation occurs when a woman’s ovaries swell and leak fluid into the body.  Research published by the American Society for Reproductive Medicine (ASRM) indicates that Letrozole is more likely to produce single ovulation than Gonadtropin drugs or Clomid .  Letrozole can cause PCOS patients to develop and ovulate an egg while keeping them at a lower risk for hyper-stimulation, which could be caused by other fertility medications.

Recent studies have shown that Letrozole can be beneficial in treating unexplained infertility .  In one study, researchers measured the effects of Clomiphene and Letrozole treatment on improving pregnancy rate, miscarriage rate, incidence rate of adverse events, and the number of dominant follicles for patients with unexplained infertility.  The results of the study showed that women treated with Letrozole displayed a significantly higher rate of clinical pregnancy as compared to those treated with Clomiphene.  There was no statistical difference between the groups for the other fertility outcomes.  Researchers concluded that Letrozole is at least as effective as Clomiphene for treating women with unexplained infertility .

Researchers compared the efficacy of Letrozole and Clomiphene treatment on 271 women with unexplained infertility in a randomized control trial.  More than double the percentage of women treated with Letrozole achieved pregnancy (23.07%) compared to the group treated with Clomiphene (10.7%) .

In addition to the higher pregnancy rate, the group treated with Letrozole also saw a statistically significant improvement in endometrial receptivity when measured by endometrial thickness and other indicators.  Researchers concluded that Letrozole has a beneficial effect on the endometrium, which may improve implantation and pregnancy rates in women with unexplained infertility .

During a timed intercourse cycle, doctors use ultrasound and blood work monitoring (or even a home ovulation predictor kit) to monitor follicular development and egg growth.  By monitoring egg development and hormone levels, physicians are able to identify the window of time in which the woman is ovulating (when fertilization is most likely to occur.) This allows couples to engage in sexual intercourse at the time, which gives them the best chance of getting pregnant.

Research has shown that Letrozole treatment may be more effective than Clomid for patients with unexplained infertility who are undergoing timed intercourse treatment.  In one study, patients treated with Letrozole showed statistically significant improvement in both endometrial thickness and follicular response when compared to the Clomid group.  The Letrozole group also had a significantly higher clinical pregnancy rate when compared to the Clomid group at 15.0% and 11.8%, respectively.

Women whose infertility is caused by an ovulatory disorder are commonly prescribed Letrozole along with timed intercourse treatment.

IUI treatment is usually recommended to couples who haven’t been able to get pregnant after multiple timed intercourse cycles or for couples where the male partner may have sperm motility issues.  Similar to a timed intercourse cycle, Letrozole may be prescribed alongside IUI treatment to stimulate egg growth and to help time ovulation properly with the insemination.

Gonadotropin medications may also be used with an IUI cycle, although Letrozole is a much more affordable option.  Researchers have found that Letrozole treatment can help to achieve multi follicular development at a significantly lower cost than gonadotropins .  Multifollicular development is useful with IUI treatment because it can result in more eggs being ovulated.  As mentioned above, more eggs mean more targets for the sperm to fertilize.

In Vitro Fertilization is the most effective fertility treatment. It involves a multi-week/month process in which eggs are removed from a female’s ovaries, fertilized with sperm in a petri dish, grown inside a lab for several days (usually 3-5), and then transferred into the female’s uterus to develop for the remainder of gestation.

IVF is used in conjunction with a multitude of medication protocols, including Letrozole treatment.  Fertility doctors may prescribe Letrozole along with IVF or mini-IVF treatment to stimulate ovulation and increase egg production.

Letrozole is especially useful to induce ovulation in patients who are sensitive to gonadotropin medications or who at a higher risk of hyperstimulation who are planning to undergo IVF treatment.  Other times, fertility doctors may prescribe Letrozole along with gonadotropins to patients undergoing IVF treatment.

In one study, researchers measured the effects of combining Letrozole and gonadotropin treatment.  Researchers treated patients with just gonadotropins or gonadotropins and Letrozole.  The results of the study showed that when Letrozole is used along with gonadotropins, it decreases the amount of gonadotropins needed without having a negative effect on pregnancy rates .

Letrozole is commonly found as a 2.5-milligram oral tablet.  Fertility doctors dictate when patients should begin taking Femara based on when their period begins. Generally, letrozole is taken over a period of five consecutive days.  The medication is usually started on day 2, 3, 4, or 5 of the female’s cycle and continued until day 6, 7, 8 or 9 (depending on when it was started).

If you are undergoing a timed intercourse cycle, your Femara start date will indicate when you should have sex to increase your chances of getting pregnant.  During a normal 28 day cycle, women ovulate or release an egg on day 14.  This begins the start of her luteal phase, which is when she can get pregnant.  In a Femara (Letrozole) medicated cycle, women ovulate approximately 7-10 days after they begin taking medication.  Fertility doctors will start monitoring the patient’s follicle growth after 5-7 days to gauge when she will start ovulating.

If a patient is undergoing IUI or IVF treatment, her ovulation timing just as important for determining when treatment should be performed.

As with all medications, be sure to consult with your doctor to see if Letrozole treatment can help to improve your fertility. 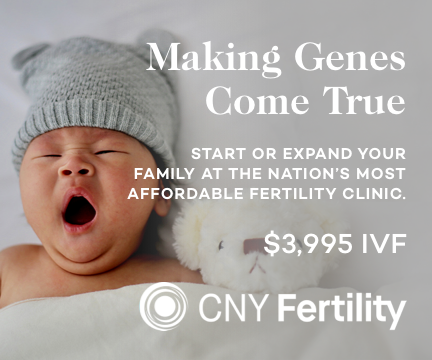